The Failure of Adair Turner

I like Baron Adair Turner of Ecchinswell (Lord Turner for short). Every time he speaks about the financial system, I can hear enough misconceptions and misunderstandings to give me enough material to write several posts. By the way, he used to be Chairman of the UK’s Financial Services Authority, the former UK financial regulator, between end-2008 and early 2013. I have attended a couple of his conferences in the past. 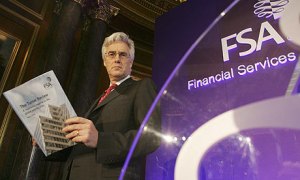 Lord Turner has a particular quality: he is quite good at figuring out the symptoms of a crisis, but always seems to mistake those symptoms for the underlying disease. As a result, he comes up with misguided remedies that are usually very interventionist and with the potential to make things worse. So you’ll probably hear of him relatively often on this blog.

A couple of weeks ago, he published an article called…”The Failure of Free-Market Finance”… As you can guess, I couldn’t miss the opportunity to review it. Well… I was disappointed. Not because he doesn’t make any mistake, but simply because he does not seem to actually justify the title of his article.

Overall, he is right than an excess of debt is partly a reason for the crisis, and that current mainstream economic theory does not factor in leverage (or not enough) and wrongly considers a low and stable inflation as enough/necessary to ensure economic and financial stability. But he never explains how this debt level builds up over time (to be fair, he does explain it in other articles and presentations, but once again, without ever digging enough in order to reach the root cause. Probably more on this later).

I find it quite ironic that someone who promotes a strong state control of the financial sector, like Turner, quotes Friedrich Hayek. My guess is that he needs to reread Hayek. As Hayek never mentioned over-investments as the cause of the economic cycle, but malinvestments (roughly, investments wrongly directed towards less than profitable-enough activities) (although over-investments could arguably be linked to the theory). And Hayek would certainly never have promoted state control, which he saw as the root cause of crises.

There is also a particular contradiction in Turner’s text… He basically assumes that regulators and economists would be able to foresee the evolution of indebtedness, bank lending and asset bubbles in order to adequately use countercyclical tools to ‘manage’ them, despite the fact that, a few lines earlier, he explained that “most economists, central bankers, and regulators […] failed to foresee the crisis” and that “official forecasts in the spring of 2009 [did not] anticipate a slow recovery”. Right… So, if central planners can’t forecast accurately, how are they going to apply their tools?
Quite a provocative title for an article that does not fundamentally attack free-markets.
Just one last thing though: it is quite perverse to call the pre-crisis financial system a ‘free-market’ system. It was anything but. As the head of the FSA, I guess that Lord Turner had heard of Basel 1, Basel 2, and the tons of various local financial regulations that were in place. And I’m not even mentioning the various subsidies, crony capitalism, state control, centralised monetary policy and currency issuance… Not really your model free-market financial system.