The case for stable rules

I argued in a previous post about macroprudential regulation that discretionary regulation (as well as monetary and any other policy) was not recommended. Let me elaborate on that. 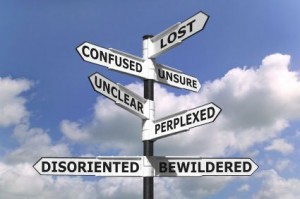 Stable rules are a fundamental feature of intertemporal coordination between savers and borrowers, between investors and entrepreneurs. In order for economic agents to (more or less) accurately plan for the future, for entrepreneurs to develop their business ideas and anticipate future demand, for savers to invest their money and know that their property rights are not going to disappear overnight and accordingly plan their own delayed consumption and provide entrepreneurs with directly available funds, the economic system needs a stable and predictable rule framework. Production and investments take time and as a result involve uncertainty, which should not be exacerbated by an instable rule set. The rule of law is part of this framework. Monetary policy, financial regulation and government policies should follow the same pattern, instead of being discretionary.

Let’s take an example: most of you have probably played Monopoly. You know in advance what the rules, possibilities and limitations of the game are and you plan your strategy accordingly. Imagine that, from time to time, the rules changed, making most of your elaborated and well-developed strategy suddenly worthless. You had purchased a number of tactically-placed hotels and had only a couple more to buy for your strategy to succeed. All of a sudden, a newly-introduced rule not only prevents you from buying other hotels (jeopardising your strategy), but also implements a tax on all hotels in order to promote investment in smaller houses and railway stations. You are now at risk of bankruptcy. I guess you would then think twice (or three times, or four times) before investing in a new hotel (or anything else) next time you play. It is the same thing in real life.

But, you’re going to tell me that there are also unexpected events in real life, whether they are wars or natural disasters, which require exceptional micromanagement. It is indeed arguable that some micromanagement would help. But I would also answer that there are also unexpected events in Monopoly: the Chance and Community Chest cards. So both in the game and in life, economic agents then face a choice: they can plan for the future, taking into account unexpected events and keep aside some resources as an economic buffer for bad times, or they can try to maximise potential profits, hoping that no disaster will strike but taking on more risk. Society represents a combination of people whose behaviours are somewhere on this spectrum.

The fact that those unexpected events exist does not imply that policymakers should introduce even more uncertainty into the system. Unfortunately, most of them are over-confident in their ability to understand, control, foresee and anticipate events. What they don’t see is the unintended consequences of their actions, which can often worsen rather than alleviate a given situation.

It can be argued that bad rules are better than constantly changing ones. Of course, good and stable rules are even better. Don’t get me wrong though. I am not saying that rules are good per se. Rules often distort, disturb or prevent economic activity and freedom. But some rules and legal systems are necessary, to facilitate the enforcement of private contracts. Whether this system must be set up through government monopoly or through private cooperation is another topic. What I am saying is that all else being equal, stable rules are the way to go.

The concept of ‘regime uncertainty’, invented by Robert Higgs, illustrates remarkably well what I am trying to show. It also particularly applies to nowadays’ financial regulation. Multiple constantly-changing rules across many jurisdictions affect financial institutions’ behaviour: risk is to be avoided as much as possible.

The world is uncertain enough as it is. A stable institutional framework is necessary for trust to build up within the system. And trust is the foundation of prosperity.