Balkanise or globalise banking, there is no middle way

The Fed published new rules last week that effectively require foreign banks in the US to follow the same rules as American ones, including the recent Dodd-Frank Act. Foreign banks will have to adapt their legal structure and ‘adequately’ capitalise their subsidiaries in order to comply with local capital and liquidity requirements as well as local stress tests. Before that, most banks relied on their foreign parent for liquidity and capital support if needed. I don’t really welcome such changes for a few reasons.

First, it balkanises banking, in an era of globalisation, during which global multinational companies as well as large SMEs look for financing throughout the world to grow their activities. Banks that have global operations provide a single entry point to such firms, smoothening relationship, Know-Your-Customer processes and enhancing financing speed and reliability. Companies can quickly raise funds in Germany or in Latin America without having to rebuild a new relationship (and to deposit funds) with another local (and potentially weaker) bank. As the EU has already pointed out, this move by the Fed also invites retaliation by other regulators around the world. This could trigger a chain reaction not dissimilar to post-1929 tariff battles. Capital flows, foreign investments and economic growth would be the first ones to suffer. People would follow. 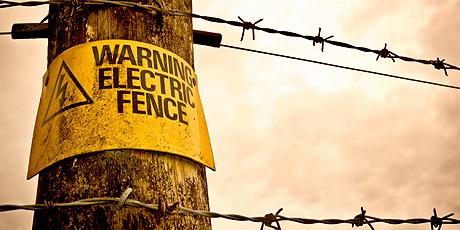 Nevertheless, the Fed might have a point in that it would reduce financial instability…in the US… in the short term. However, this is exactly why global authorities were currently working together to make sure that common frameworks were in place to resolve failing banks and ensure similar regulations were applied across various jurisdictions. The Fed’s decision undermines the trust and all the work that had been done so far. It is also the proof that regulators will often tend to defend their own narrow national interests, and the source of their power, rather than the broader ‘greater good’.

Finally, such a decision might even eventually create further instability. Large non-American banks, already under pressure from their shareholders and own national regulators, are now reviewing their US activities in order to figure out ways to circumvent the rules. Some banks already book a part of their US business in Europe. Expect this trend to accelerate and the balance sheet of some emerging markets subsidiaries to grow… In the end, the Fed’s new rules may well lead to further regulatory arbitrage, making banks’ balance sheets even more opaque to external observers, undermining the market process and its necessary overseeing mechanism. And even if isolated and ring-fenced, when the global financial system collapses, the US system is likely to follow.