The Economist on Bitcoin (and some weird claims)

The Economist has two interesting articles on Bitcoin this week (here and here), as well as a blog entry (here). Coloured coins and the potential development (and other uses) of Bitcoin’s technology are mentioned.

But two of the articles make very strange (if not outright wrong) claims in order to criticise some of the principles underlying Bitcoin. One considers the inherent deflationary effect of Bitcoin as being a limitation on the ability of the currency to become mainstream. The article once again seems to miss the difference between good and bad deflation. For sure, this differentiation wasn’t mainstream until recently and is still not accepted by many mainstream economists (see one of the latest examples here). Still, introducing some nuance in its articles wouldn’t hurt the newspaper. In addition, the Economist makes claims such as:

A modicum of inflation greases the system by, in effect, cutting the wages of workers whose pay cheques fail to keep pace with inflation.

Don’t they see the problem with this sentence? Inflation fuelling inflation anyone?

What’s more, the idea that modern central banks with their loosey-goosey printing presses have generated an epidemic of inflation is a little nuts; if anything, rich-world central banks have become too effective at protecting the value of their respective currencies.

Really? According to research by Selgin and White, the dollar has lost most of its value since the Fed was set up (whereas the value remained relatively stable over the previous century, though with short-term large fluctuations). (although it is possible that Ryan only refers to the last few years) 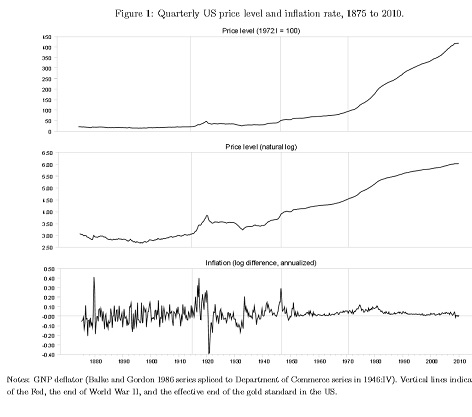 While I agree that Bitcoin isn’t perfect, its critics will have to find other angles of attack.