How short is the economics profession’s memory?

Although prices were not perfectly steady, it is true, they were relatively stable for a period of time longer than any prior period involving comparable conditions. Yet depression ensued, in the face of what the advocates of the older form of monetary theory of the business cycle regarded as the sine qua non of freedom from depression.

It follows particularly from the point of view of the monetary theory of the trade cycle, that it is by no means justifiable to expect the total disappearance of cyclical fluctuations to accompany a stable price-level.

No. The first one is a 1937 quote from Chester Arthur Phillips, in his Banking and the Business Cycle. The second one is from F.A. Hayek, in his 1933 Monetary Theory and the Trade Cycle. I am sure it is possible to find tons of similar quotes from the pre-WW2 era.

In his book, Phillips has a sub-chapter called ‘Policy of Stabilization of Price Level Tends Towards its Own Collapse’, which is worth quoting here:

The endeavor has been to show that stabilization of the wholesale price level, or of any one price index, is not a proper objective of banking policy of credit control, because aberrations continue to occur in the case of particular types of prices when any one index is sought to be stabilized. […]

Stability of the price level is no adequate safeguard against depression, it is contended, because any policy aimed at stabilizing a single index is bound to set up countervailing influences elsewhere in the economic system. Although the policy of stabilization may appear to be successful for a time, eventually it will break down, because there is no way of insuring that the agencies of control will be able to make their influence at precisely those “points” of strategic importance. As long as economic progress is maintained, resulting in increasing productivity and an expanding total output, there will be an ever-present force working for lower prices. Any amount of credit expansion which will offset that force will find outlets unevenly in sundry compartments of the economic structure; the new credit will have an effect upon the market rate of interest, upon the prices of capital goods, upon real estate, upon security prices, upon wages, or upon all of these, as happened during the late boom. A policy which seeks to direct credit influences at any single index, whether it be of prices, either wholesale or retail, or production, or incomes, in the interest of stabilization, will result in unexpected and unforeseen repercussions which may be expected to prove disastrous in the long run. 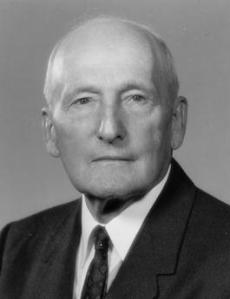 What about the following one?

During recent years a number of pseudo-economists have indulged in much glibness about the passing of the “economy of scarcity” and the arrival of the “economy of abundance.” Sophistry of this sort has claimed the public ear far too long; it is high time that the speciousness of such fantastic views be clearly and definitely exposed.

An angry economist about some FT Alphaville blogger? No. Phillips again, in the same 1937 book.

George Selgin posted an old Keynes’ quote two days ago, which may be relevant for some of today’s theorists. Backhouse and Laidler also published a very good paper describing everything that has been ‘lost’ with the IS-LM framework following the post-war Keynesian revolution.

It is slightly scary to see that economics tends to easily forget more ‘ancient’ theories in favour of recent and trendy ones. The same is true regarding banking history: listening to most policymakers makes it clear that past experiences and knowledge have mostly been lost. With such short memories, it is unsurprising that crises occur.

PS: On a side note, George Soros completely misunderstands Hayek. I cannot even believe he could write this article. No, Hayek wasn’t a member of the Chicago School. No, Hayek never believed in the efficient market hypothesis (Hayek didn’t believe in rational expectations). No, Hayek didn’t believe in equilibrium economics but in dynamic frameworks that completely include uncertainty and perpetually fluctuating conditions and agents’ expectations, as well as entrepreneurial experiments (including failures, which are indeed healthy). So… basically the exact opposite of what Soros claims Hayek believed in.