A bunch of new announcements over the past couple of weeks have made me wonder how far into absurdity our society is willing to go.

In Australia, the government announced a plan to tax all deposits up to A$250k in order to fund a deposit insurance scheme. While the 0.05% rate isn’t high, it remains a tax on savers, especially as interest rates are low. It’s going to make banks’ funding structure even more unstable, but nevermind. The implicit goal of the government is to convince depositors that there really is ex-ante funds to back their deposits (rather than an ex-post funding system, i.e. which finds the funds after a banking collapse), in order to avert any potential run. Reinforced moral hazard? Never heard of that.

Iceland came up with a proposal to end commercial banks’ ability to create money. I haven’t had a look into great details yet, but it looks like some sort of 100%-reserve banking system in which the money supply is controlled by the central bank while the government decides the allocation of the newly-created money. As Tim Worstall points out on the ASI blog, this proposal looks like a copy of Positive Money’s. Unfortunately, I had reviewed Positive Money’s book a few years ago after one of their members asked me to, and found both their proposal, and their economics, quite flawed. Anyway, as Tim says: 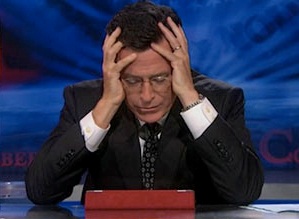 In the US, the Consumer Financial Protection Bureau (CFPB) has announced that it is proposing rules to force payday lenders to “make sure that….consumers can repay their loans.” So, despite nothing ever being risk-free in finance, payday lenders would only lend to risk-free customers, who possibly would have no issue getting a loan at normal bank….as they are ‘risk-free’. Mesmerising.

Finally, KPMG has published a new interesting report titled Evolving Banking Regulation (Part One). And what did KPMG find? Further changes in capital requirements are making banks’ balance sheet even more inflexible, and pushes banks away from deposits, despite regulators originally requiring banks to move away from non-deposit funding…:

Requiring systemically important banks to hold a minimum amount of ‘junior’ long-term liabilities that could be bailed-in ahead of ordinary senior creditors will leave many of these banks needing to raise additional debt that qualifies for inclusion, or at least to convert some existing long term debt into eligible debt instruments. This will add to the increasing cost and inflexibility imposed by regulation on banks’ balance sheets. Banks funded primarily by customer deposits (from individuals and corporates) may have to replace some of these deposits with long-term debt.

Moreover, they repeat what I had reported a few weeks ago: new RWAs plans are likely to accentuate credit market distortions:

And they indeed agree with my assessment (my emphasis):

Wider economy implications as banks re-price and pull back from some activities. The move to risk drivers and more risk-sensitive risk weightings will accentuate the capital requirement cost to banks of exposures judged under the proposals to be at the riskier end of the spectrum. This could increase the cost – and reduce the availability – of bank finance and other services for these borrowers and other customers. The use of the proposed credit risk drivers will increase the capital cost of lending more than €1 million to small and medium enterprises (SMEs), lending against high LT V residential and commercial real estate, and lending to other banks with low capital ratios and poor asset quality.

PS: Some very good news nevertheless. George Selgin has a new blog called Alt-M, focused on alternative monetary systems. It replaces one of my favourite blogs, freebanking.org (which will apparently make a comeback under another form).