For real. After almost six months without writing anything, I finally got all the green lights I needed to resume both blogging and external contributions. I still won’t have the time for more than a single blog post per week or so, but my pipeline of potential posts has grown over the past few months and should keep me busy for the foreseeable future. 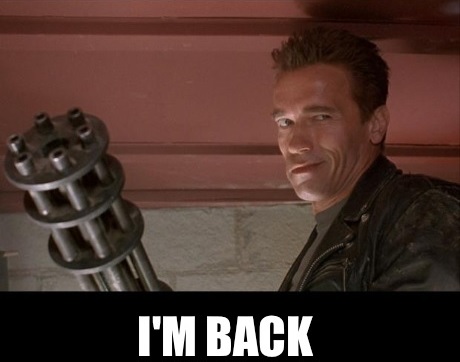 To be fully honest, I really hesitated to write this post. I simply didn’t know what to say. Times are now different from when I started writing back in 2013. There is less media focus on banking crises and unconventional monetary policies. Media’s attention has shifted towards topics such as Trump, Brexit and political correctness and, following years of never ending banking reforms, booming financial markets and declining unemployment, there now seems to be less urgency to understand what went wrong with our global financial system.

Yet there is still plenty of work to do: most people, journalists and academics still believe that a deregulated financial system is inherently unstable and caused the global financial crisis that started almost a decade ago. Much like economic myths such as ‘FDR’s New Deal and WW2 saved the economy from the Great Depression’ have been blindly followed by generations of academics, allowing the ‘banking is inherently unstable’ story to settle into mainstream econ textbooks would build the foundations of the next major financial crisis.

Nevertheless, it does look like the new Trump administration will bring banking and financial regulation back in the spotlight as there is talk of repealing some of the Dodd-Frank act measures. It will be interesting to follow the evolution of this idea, for the following reasons: 1. there has never been any real deregulation of the banking system on aggregate, 2. it will trigger some international regulatory competition as other jurisdictions, such as the EU, seem unlikely to leave their own banks at a competitive disadvantage, 3. we could find out how flexible the regulatory framework of a single country is within an internationally agreed agreement such as Basel 3 (which is the basis of the Dodd-Frank act), and 4. we’ll also potentially find out the extent of regulatory capture in the American economy: let’s see how eager large banks are to evolve in a less regulated environment.

It is possible that the Trump administration will only repeal the least damaging and distortive measures of Dodd-Frank. However, if they do surprisingly succeed in repealing major reforms such as Basel 3 capital and liquidity requirements, the implications for international agreements could be huge: Basel could effectively be dead in the water.

How likely is this scenario to happen? Hard to say. My fear remains that repealing parts of the Basel 3 agreements on a unilateral basis would further complexify and opacify the current financial system and bring about massive distortions through international regulatory arbitrage.

Anyway, it’s too early to speculate so I’ll keep monitoring.

2 responses to “Back again”