The obsession of stability

One of the outcomes of the financial crisis has been that regulators are now obsessed with instability. Or stability. Or both.

They have been on a crusade to eliminate the evil risks to ‘financial stability’, and nothing seems to be able to stop them (ok, not entirely true). Banks, shadow banking, peer-to-peer lending, crowdfunding, private equity, payday lenders, credit cards…

Their latest target is asset managers. In a new speech at London Business School, Andrew Haldane, a usually ‘wise’ regulator, seems to have now succumbed to the belief that regulators know better and have the powers to control and regulate the whole financial industry (see also here). This is worrying.

Haldane now views every large asset manager as dangerous and many investment strategies as potentially amplifying upward or downward spiral in asset prices, representing ‘flaws’ in financial markets that regulators ought to fix. I believe this is strongly misguided.

In their quest to cure markets from any instability, regulators are annihilating the market process itself. I would argue that some level of instability is not only necessary, but is also desirable.

First, instability reflects human action; the allocation of resources by investors and entrepreneurs. Some succeed, some fail, prices go up, prices go down, everybody adapts. Sometimes many, too many, investors believe that a new trend is emerging, indeed amplifying a market movement and subsequently leading to a crash. But crashes and failures are part of the learning process that is inherent to any capitalist and market-based society. Suppress or postpone this process and don’t be surprised when very large crashes occur. On the other hand, an unhampered market would naturally limit the size of bubbles and their subsequent crashes as market actors continuously learn from their mistakes.

Second, instability enhances risk management. Instability is necessary because it induces fear in markets participants’ behaviour, who then take risks more seriously. By suppressing instability, regulators would suppress risk assessment and encourage risky behaviours: “there is nothing to fear; regulators are making sure markets are stable.” The illusion of safety is one of the most potent risks there is.

Nevertheless, regulators, on their quest for the Holy Grail of stability, want to regulate again and again. On the back of flawed instability or paternalistic consumer protection arguments, and despite seemingly showing poor understanding of financial industries, they are trying to implement regulations that would at best limit, at worst dictate, market actors’ capital allocation decisions. Adam Smith would turn in his grave (along with his invisible hand, who is now buried next to him). 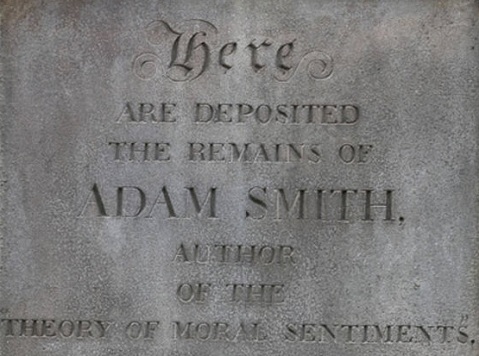 In the end, regulators’ obsession for stability and protection creates even stronger systemic risks. In fact, the only ‘stable’ society is what Mises called the evenly-rotating economy, the one that never experiments. Nothing really attractive.

Funny enough, in his speech, Haldane even acknowledged regulation as one of the reasons underlying some of the current instability:

Risk-based regulatory rules can contribute further to these pro-cyclical tendencies. […]

There have been several incidences over recent years of regulators loosening regulatory constraints to forestall concerns about pro-cyclical behaviour in a downswing. […]

In particular, regulation and accounting appear to have played a significant role.

I guess he didn’t get the irony.

3 responses to “The obsession of stability”