This recent speech by the Vice President of the ECB, Vítor Constâncio, is in my opinion one of the foremost examples of how a partial reading or misinterpretation of history that becomes accepted as mainstream can lead to bad policy-making. 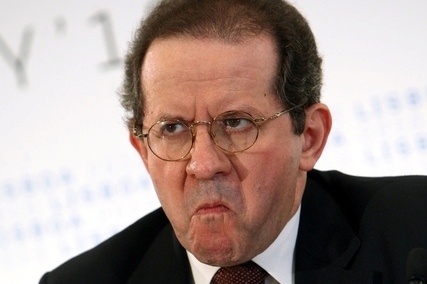 This speech is typical. Constâncio argues that

the build-up of systemic risk over the financial cycle is an endogenous outcome – a man-made construct – and the job of macro-prudential policy is to try to smoothen this cycle as much as possible. […]

The […] most important source of systemic risk is the risk of the unravelling of financial imbalances. These imbalances may build up gradually, mostly endogenously, and can then unravel abruptly. They form part of the inherent pro-cyclicality of the financial system.

It is crucial to recognise that the financial cycle has an important endogenous component which arises because banks take too much solvency and liquidity risk. The aim of macro-prudential policy should be to temper the financial cycle rather than to merely enhance the resilience of the financial sector ahead of crises.

While Constâncio is right that there is some truth in the pro-cyclicality of financial systems as a long economic boom impairs risk perception, risk assessment and risk premiums, he never highlights why such booms and busts occur in the first place. Outside of negative supply shocks, are they a ‘natural’ consequence of the activity of the economic system? Or are they exogenously triggered by bad government or monetary policies?

Several economic schools of thought have different explanations and theories. Yet, there is one thing that cannot be denied: historical experiences of financial stability.

This is where the flaw of Constâncio’s (and of most central bankers’ and mainstream economists’) thinking resides: history proves that, when the banking sector is left to itself, systemic endogenous accumulation of financial imbalances is minimal, if not non-existent…

According to Larry White in a recent article summing up the history of thought and historical occurrences of free banking, Kurt Schuler identified sixty banking episodes to some extent akin to free banking. White’s paper describes 11 of them, many of which had very few institutional and regulatory restrictions on banking. He quotes Kevin Dowd:

As Kevin Dowd fairly summarizes the record of these historical free banking systems, “most if not all can be considered as reasonably successful, sometimes quite remarkably so.” In particular, he notes that they “were not prone to inflation,” did not show signs of natural monopoly, and boosted economic growth by delivering efficiency in payment practices and in intermediation between savers and borrowers. Those systems of plural note-issue that were panic-prone, like the pre-1913 United States and pre-1832 England, were not so because of competition but because of legal restrictions that significantly weakened banks.

Yet, there is no trace of such events in conventional/mainstream financial history. Central bankers seem to be completely oblivious to those facts (this is surely self-serving) and economists only partially aware of the causes of financial crises. Moreover, free banking episodes also proved that banks were not inherently prone to take “too much solvency and liquidity risk”: indeed, historical records show that banks in such periods were actually well capitalised and rarely suffered liquidity crises. In short, laissez-faire banking’s robustness was far superior to our overly-designed ones’. Consequently we keep making the same mistakes over and over again in believing that a crisis occurred because the previous round of regulation was inadequate…

What we end up with is a banking system shaped by layers and layers of regulations and central banks’ policies. Every financial product, every financial activity, was awarded its own regulation as well as multiple ‘corrective’ rules and patches, was influenced by regulators’ ‘recommendations’, was limited by macro-prudential tools and manipulated through various interest rates under the control by a small central authority. On top of such regulatory intervention, short-term political interference compounds the problem by purposely designing and adjusting financial systems for short-term electoral gains. Markets are distorted in all possible ways as the price system ceases to work adequately, defeating their capital allocation purposes and creating bubbles after bubbles.

Studying banking and financial history demonstrates that it is quite ludicrous to pretend that banking systems are inherently subject to failure through endogenous accumulation of risk. In the quest for an explanation of the crisis, better look at the intersection of moral hazard, political incentives, and the regulatory-originated risk opacity. It might turn out that imbalances are, well, mostly… exogenous.