Free banking has a very bad reputation within mainstream economics. As free banking scholars such as George Selgin, Larry White, Kevin Dowd or Steve Horwitz have been demonstrating over the past 30 years, this is mostly due to a misunderstanding of history. The track record of the systems that were as close as possible to free banking is crystal clear however: free banking episodes were more stable than any alternative banking frameworks.

However, this doesn’t seem to please many, from both sides of the political spectrum. Izabella Kaminska, a long-time libertarian critic from FT Alphaville, wrote a piece on the Alphaville blog partly criticizing non-central banking-based banking systems. In two separate replies (here and here), George Selgin highlighted all the self-serving ‘inaccuracies’ of her post (this is a euphemism). He also wrote a rebuttal in a follow-up post. Izabella skipped the interesting bits, accused Selgin of ad hominem, and wrote in turn another unsourced name-calling post on her own private blog. So much for the academic debate.

Perhaps more surprisingly, David Howden just posted a curious article on the Mises Institute website, which described the Fed as arising from “fractional-reserve free banks”. I say surprisingly, because Howden and the Mises Institute are at the other end of the political spectrum: libertarians, and often anarcho-capitalists. Nevertheless, he seemed to agree with Izabella Kaminska to an extent. 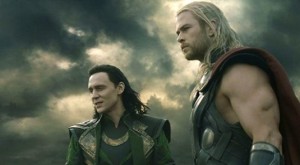 Unfortunately, Howden and Kaminska make the same mistake: they misread history, and/or focus far too much on US banking history. First, Howden  claims that:

The year 1857 is a somewhat strange one for these clearinghouse certificates to make their first appearance. It was, after all, a full twenty years into America’s experiment with fractional-reserve free banking. This banking system was able to function stably, especially compared to more regulated periods or central banking regimes. However, the dislocation between deposit and lending activities set in motion a credit-fuelled boom that culminated in the Panic of 1857.

I have been left bewildered by Howden’s claim that privately-created clearinghouses were ‘illegal’ entities involved in ‘illegal’ activities (i.e. issuing clearinghouse certificates to get bank runs under control). Not only does this ironically sound like contradicting laissez-faire principles, but his whole argument rests on a lacking understanding of 19th century US banking.

What Howden got wrong is that, if American banks had such recurring liquidity issues before the creation of the Fed, it wasn’t due to their fractional reserve nature, but to the rule requiring them to back their note issues with government debt, thereby limiting the elasticity of those issues and the ability of banks to respond to fluctuations in the demand for money. Laws preventing cross-state branching also weakened banks as their ability to diversify was inherently limited. Banks viewed local clearinghouses as a way to make the system more resilient. It was a free-market answer to a state-created problem. This does not mean that the system was perfect of course. But Howden the libertarian blames a free-market solution here, and completely ignores the laws that originally created the problem.

Moreover, clearinghouses weren’t only a characteristic of the 19th century US banking system. They were present in several major free banking systems throughout history and set up by private parties (Scotland being a prime example). Their original goal wasn’t to create ‘illegal money claims’, but to help settle large volume of interbank transactions and economise on reserves: they were a necessary part of a well-functioning privately-owned free banking system. US clearinghouse certificates were merely a private solution to tame state-created liquidity crises. Those solutions were not perfect, but Howden is guilty of shooting the messenger here.

Clearinghouse-equivalents still exist today: the German savings and cooperative banks, as well as the Austrian Raiffeisen operate under the same sort of model, in which multiple tiny institutions park their reserves at their local central bank/clearinghouse. Finally, it is necessary to point out that clearinghouse would also surely exist in a full reserve banking system and would have the same basic goal: settle interbank payments.

Why a libertarian such as Howden would be against this natural laissez-faire process is beyond me. My guess is that at the end of the day, it all goes down to the fractional/full reserve banking debate within the libertarian space. Howden is trying at all costs to justify his views that full reserve banking would be more stable. But this time, such rhetoric is counter-productive and only demonstrates Howden’s ignorance of the issue (at least as described in this article). Using the fractional reserve argument to explain the 19th century US crises is self-serving and wholly inappropriate. Blaming a free-market reaction (i.e. the clearinghouse system) to such crises for the creation of the Fed completely misses the point. By doing so, and cherry-picking facts, Howden helps Kaminska’s arguments (despite fundamentally disagreeing with her) and shoots himself in the foot.

Update: I mistakenly thought that Peter Klein had written the article as his profile appeared on it. I should have paid more attention, but David Howden was the author. I have updated the post and apologised to Peter.